The Story of the Buddha & the Discovery of Mindfulness7 min read

The Buddha was born in Southern Nepal, he was a prince and lived in a way that all of his worldly needs were satisfied. He had abundance, luxury, pleasure & power.

But the Buddha was a normal person not so different from any of us; later in his life when he started teaching he said: “Actually I am just like everyone else a human being”.

His difference was that he had a core sense of dissatisfaction. He was saying that “I have everything but none of it truly satisfies me. Once I satisfy one desire it is replaced by the next”.

In the early parts of his life, he was secluded and fully protected, his parents wanted to protect him from all the pain in the world (sickness, aging, death). They didn’t even allow sick or elder people in the palace, and they even cleared the streets from them every time he was going for a walk.

In his early 20s, he came into contact with an elderly person & he also saw a dead person. At that point, he had an existential crisis, “What are we doing here?  What is this life all about? What is all this suffering?  How come I am not happy & at peace all the time? What are all these cravings?”

And then he asked:” If life is about going towards sickness & death is it possible to find a level of freedom of happiness that goes beyond birth & death. Beyond the fact that we are all going to die, we will become sick or age.”

After some time he met a meditator/yogi. Someone who has dedicated his life to ending suffering and explained some things to him that piqued his interest.

He decided to leave the kingdom in his search for liberation, the true source of happiness. During his travels, he found gurus, yogis, ascetics, etc. and tried to learn everything from them. Deep in his core, he had a feeling that a spiritual awakening was going to be the solution for all of this.

He dedicated himself to deep mantra practice, yoga asana, various spiritual practices and he was able to develop quickly & even perfect some methods. He would have these meditative absorptions, these experiences of bliss, intense experiences of deep concentration and consciousness absorption, that his suffering & body were disappearing. And pure joy was happening while he was at those meditative states. But each time he stopped he realized that was an impermanent experience. He said, “I was taught how to avoid the courses of suffering not to end them.”

At that point, he found himself again in dissatisfaction. But he had this deep confidence that there was a way to live life, everyday life without having suffered, without unnecessary levels of stress, fear, identification, and taking everything so personal. But He couldn’t find anyone to teach him how to do that, everyone he met taught him a temporary avoidance technique.

He figured out it was something about the relationship to pleasure & pain that was making this more difficult. He wanted to avoid pain; he wanted to see why there are many cravings for pleasure as a way to end it. That led him to a group of Ascetics and did extreme renunciation practices in order to break his addiction to pleasure by living a painful life… he spent years doing this.

After a few years, he said “I have given my all, but I still crave. This didn’t end my suffering perhaps it even made it worse. I developed a great ability to be concentrated, I can be in pain & disconnect from it, but it doesn’t end the core unhappiness, core dissatisfaction.” He had nothing didn’t work, he had everything didn’t work either. And instead of quitting he said that I got to find something else, he had this trial and error approach.

He was so committed that he wasn’t going to settle for pleasant spiritual experiences, for deep concentration, anything that wasn’t the real deal wasn’t really embodied, true happiness, that wasn’t dependant on the circumstances. He went to reflect & meditate on the things he learned in his 7 years of his intensive practice.

This is where pre-enlightened Siddhartha made his discovery. He said “Concentration helps me focus & ignore, but what if turn my full attention towards; Rather than ignoring & avoiding & focusing on one thing, what if I turn my full attention towards my whole body, my whole mind, this investigation of pleasure and pain. In a moment to moment present time awareness.“ And this was the discovery of mindfulness, “What if I try to just pay attention just observing, investigating the mind/the body/the heart.”

This was the key, present time non-judgmental awareness. He spent many days sitting, walking, eating in mindfulness. He spent so long fasting that he became like a skeleton, he could touch his spine from his belly. And when he started to eat again his ascetics friends left him.

He sat at the Bodhi tree doing mindfulness of body & breathing. He decided to stay there until he sees clearly until he ends suffering. He observed the arising of thoughts, feelings, and sensations. And he came to this awakening: that everything we experience is perceived as pleasant or unpleasant. And it is not about avoiding pleasure or avoiding pain it is about non-clinging to pleasure, non-aversion, non-hatred towards the pain.

And during those final moments of his awakening he was attacked by Mara (his own mind) – lust, anger, afflicted emotions were arising all at the same time. But the most difficult of all for him was doubt; He said that Mara attacked me with unworthiness. Mara said, “everyone is a bit stressed out, unhappy why you think you deserve full liberation & full happiness?”

And at that moment he touched the earth with his right arm and said “I am worthy because I am part of these elements, this earth, and all living beings are worthy of coming to liberation, it is our birthright if we are willing to do the work. The ability is there for all living beings.” That’s why some statues also display Buddha with his fist touching the ground.

He met this lust, desire, anger & doubt with non-attachment, non-attached appreciation to pleasure. We don’t have to avoid we just have to stop clinging to it. The only wise approach to pain is tolerance, compassion, and mercy because we can’t avoid it. When we try to get rid of it too quickly it gets worse, so let’s try to see the pain, feel it, and meet it with love & compassion.

The Buddha from that point on stopped taking his mind as personal, as the self, he let go of this sense of I and Me, he said this is just my human condition it is not my fault. It is just the mind that thinks, the heart feels, the body craves. And he stops taking it all as I as Self, this was his liberation, this was his awakening, this is nirvana. No longer taking everything so personal, avoiding pain, clinging to pleasure, this was what he was seeking. And that full liberation lasted.

The quality of Mara (mind) kept coming back even after his full awakening, all of these afflicted emotions, cravings, etc. kept coming, it didn’t actually go away. But from that moment on the Buddha never suffered from it again, because when the mind said you will be happy if… etc. He just related to it, not from it. He said: I see you Mara; I see you are just a confused aspect of my mind that’s going to create suffering for me if I take the bait.

He learned to not take things so personal & responding with compassion. His message was that everyone can do it if we balance renunciation & dedication to a disciplined practice.

(Use of elements from Noah Levine talks)

Yoga Instructor @Yoga Mala Χαλκίδας
Anthony is the owner of Yoga Mala Studio – Chalkida where he teaches Ashtanga & Yin yoga classes. He is certified in the 1st & 2nd series of Ashtanga Yoga by David Swenson, in Yin Yoga by Paul Grilley and Yoga Nidra (iRest) by Molly Birkholm. He recognises the uniqueness & diversity of each student, and the classes he teaches are simple and use the practice as a therapeutic tool of body and spirit.
Previous Post The Definition of Mindfulness & a Basic Mindfulness Meditation
Next Post Some Thoughts about Ashtanga Yoga

Why Yoga for Kids?

Why Yoga for Kids? 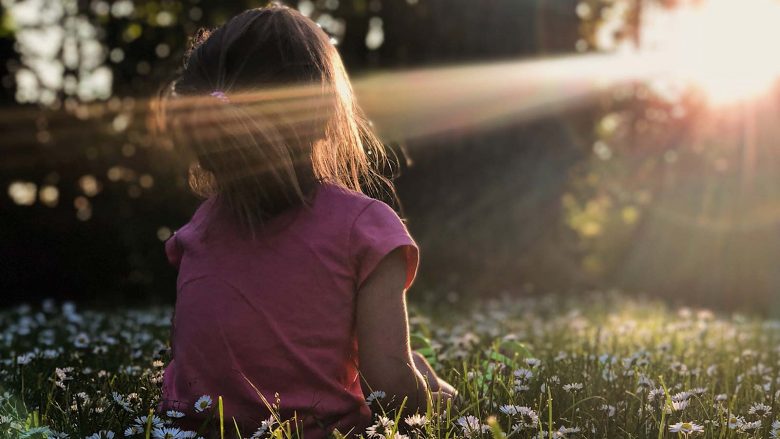