Myths are beyond our logic and speak in a unique way in our hearts using symbols and archetypes that are the same in every tradition and culture. They invite us to find the connection between the ancient epics and the everyday life of our lives and shed light on the questions and the dilemmas of mankind.

The eternal battle between good and evil is not just a fairytale that happened “once upon a time” but a truth that happens every day around us and mainly within us.

Of the 12 Shivratris that correspond to a calendar year, what has the greatest spiritual significance falls in February / March and is called Mahashivratri. It is believed that the natural flow of energy this night is so great that it pushes the spiritual seeker into a deeply spiritual experience. That’s why in India a great celebration is set up with traditional music, songs, chants, and meditation that keeps all night and spiritual seekers are sitting down with their spine to make the benefit of the flow of cosmic energy.

This year the Mahashivratri is celebrated on March 4th.

There are many myths around Mahashivrarti but my foremost (and my favorite) is called Samudra Manthan which means “stirring the ocean”.

Once upon a time, thousands of centuries before our story begins … But just a second … is it happening right now ???

The Price of Disrespect

One day, the great wise, Durvasa Mooney, who had been meditating for centuries in the woods, and had tremendous powers, offered a garland of fragrant flowers to Lord Intra, who was passing on his elephant at the time. Indra did not seem to honor the offer of the wise man and hung the garland somewhat contemptuously in the elephant proboscis. The animal was shaken by the intoxicating aroma of the flowers, the garland fell to the ground and as the elephant hopped it trampled… There were moments of silence like the one that prevailed just before a great storm broke out…

Seeing Indra’s contempt and disrespect, the respected wise man became furious. He cursed Lord Indra saying that he and the other gods would lose all their powers. In time, Indra and the other gods began to lose all the battles against the demons (asuras) and the demons led by their leader Bali took over the control of the universe. Soon people became self-centered, they forgot their values, the customs, they grew greedy and forgot to praise the gods. Chaos, illegality, crime, hatred, and decadence threatened life in the universe…

And what do we do now?

Unable to cope with the inevitable destruction of the universe, the gods convened a council, and then the god Vishnu proposed a plan. He said that in order to regain their powers, the gods would need to stir up the secular ocean of milk until the elixir of life, the magic amrita nectar, emerged. Only after they drink it they could recover their strength. This great stirring of the ocean is known as samudra manthan. But as the gods were powerless now, they had to ask the demons for help in completing this gigantic work.

The devas and asuras collaboration

The gods and demons who were also interested in the nectar of immortality gathered all kinds of herbs and threw them into the ocean of milk. No pole, however large, it was unable to stir the waters of the vast ocean and so they decided to use the enormous mountain of Madara. But as the mountain penetrated the ocean, it continued to slide in the depths. The Vishnu god watching it sinking quickly he transformed into a huge turtle and supported it on his back. This is considered the second incarnation of god Vishnu and is called Kurma (turtle).

As soon as the mountain settled in the middle of the ocean, a giant snake tied around him like a rope, Vassoukis having thousands of eyes and mouths. The gods, in a way, held his tail while the demons held his head and began to stir the ocean by turning the mountain. However, toxic fumes and flames were coming from the mouths of Vassuki, which slowly struck the demons and they became powerless.

After mixing for years, the first element that came out of the ocean was not the nectar as they waited but a mighty poison the halahala. The poison was so toxic that the whole world began to poison itself. The halahala was the most vicious and deadly poison of the universe and began killing both sides. As no one could withstand poisonous fumes emerging from the poison, both devas and asuras began to collapse as a result of suffocation.

Who will drink the poison?

They ran for help to Brahma and Vishnu but the latter told them that only Shiva could assimilate the lethal poison. So gods and demons went to Kailash Mountain and begged Siva for help. Shiva, to save the Creation, drank the poison but did not swallow it, he kept it in his throat between the mind and the heart without poisoning either one or the other. The poison was so powerful that Siva’s throat became blue, and he also acquired the name Neelkahtha (the one with the blue throat). As part of the treatment, the doctor recommended that he stay awake for one night so the gods to keep him awake set around him a great feast with dances and songs. This night is known as the Great Night of Shiva or Mahashivratri.

The stirring continued and revealed various gifts and treasures. Among them Kamdhenu, the cow who fulfills all desires, the goddess of abundance Lakshmi, the apsaras nymphs and finally the goddess doctor Dhanvantari who held the pot with amrita and the medicine book called Ayurveda emerged. Once the amrita came out the demons ripped it violently and two of them Rahu and Ketu, disguised as gods, began to drink the nectar. The Gods Helios and Moon understood the trick and protested in Vishnu, which in turn cut off the heads of the demons. As the divine nectar had no time to reach under the throat, the heads remained immortal, but their bodies died. Thus, Rahu and Ketu can avenge the Sun and the Moon by swallowing them each year during the solar and lunar eclipse.

The battle of devas and asuras

A great war between the gods and the demons followed. Finally, Vishnu was masquerading in the captivating Mohini who recounted and deceived the demons and took them to the amrita nectar. In order to save Vishnu he gave the nectar to his winged chariot, Garuda. But the demons recovered and followed a battle. During the battle, a few drops of the drink fell into the Ujjain, Nasik, Allahabad and Haridwar sites.

The drops are said to have exhausted the earth and are here every year believers flock to thousands to purify their sins during a great celebration called Kumbh Mela. 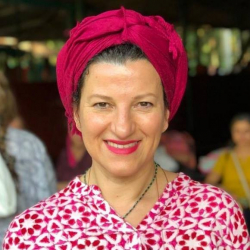 Μαρία Στυλιανάκη
Hatha Yoga Instructor at Cocoon Urban Spa
In 1999 her teacher Robert Najemy introduced Maria to the marvelous world of yoga. She became a teacher in 2001. Her passion for learning and her desire to help her students who came to yoga with various injuries led her to seek more knowledge about proper body alignment and healing yoga. She attended seminars with senior Iyengar teachers and in April 2008 she attended her first Anusara Yoga Seminar with Desiree Rumbaugh, which was crucial for her subsequent career. Since then she has been attending workshops and teacher trainings in Greece and abroad with countless excellent teachers. He was also taught by the founder of the Anusara system, John Friend, and by the tutor of Tantric philosophy, Dr. Douglas Brooks and prenatal Yoga with Sue Elkind. She has also been a founding member of the Yoga Association of Greece and has taught for 3 years at yoga school “Hatha Yoga & Budo Academy.” For Mary yoga is an exciting journey to the Self, a tool of inner transformation and self-realization. Maria has been teaching at Cocoon since 2002. 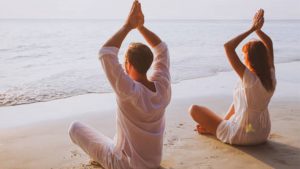 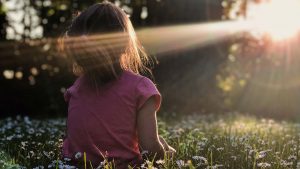 The Journey Towards The Self

Anthony, Irini and Marianna became close friends through their passion for yoga and their love for life. They decided to share their knowledge, their experiences, their thoughts and a few personal confessions through this amazing journey. Yoga is a way for a better living, a way to love yourself more and to be open to new perspectives. Yoga has been known to cause health and happiness! 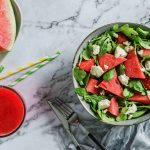 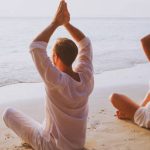 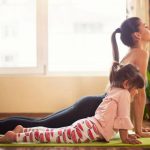 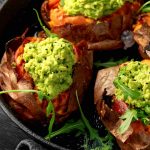